Sean Shibe, though still in his twenties, is one of the most innovative guitarists on the scene. In this special programme for HAF 2019, Sean teams up with the brilliant young tenor Ben Johnson. 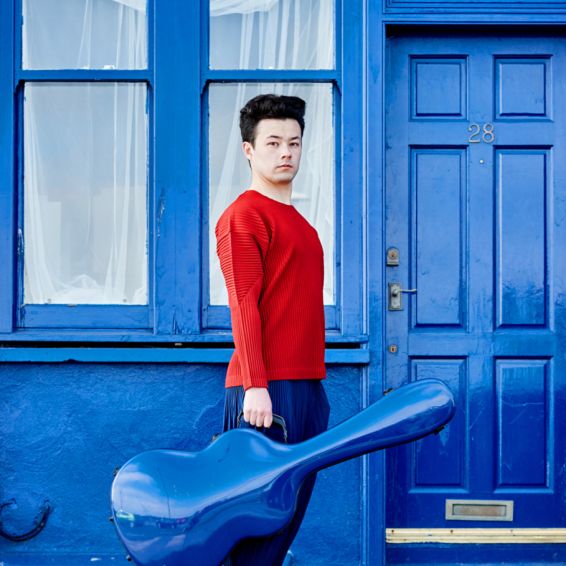 Praised as “one of the foremost guitarists” of his generation, Sean Shibe studied at the Royal Conservatoire of Scotland and with Paolo Pegoraro in Italy. Aged 20, he became the first guitarist to be selected for the BBC Radio 3 New Generation Artists scheme and the only solo guitarist to be awarded a Borletti-Buitoni Trust Fellowship. He was a YCAT artist between 2015 – 2017 and in 2018 he won the RPS Young Artist Award. He is grateful for support from the Hattori Trust.

Highlights include performances at Aldeburgh Festival, Bath International Festival, Heidelberger-Frühling and the Musashino Hall in Tokyo. He returned to the Marlboro Summer Music Festival on the invitation of Mitsuko Uchida, and has extensively toured in China. He has performed concertos by Rodrigo, Malcolm Arnold, Villa-Lobos and Takemitsu with the BBC Scottish Symphony, Scottish Chamber Orchestra, and BBC Symphony Orchestras. His debut solo recording, Dreams and Fancies was Editor’s Choice in Gramophone and was nominated for a BBC Music Magazine award, and is followed by his hugely successful new release, SoftLOUD -– a revelatory programme juxtaposing Jacobean lute music for classical guitar, with electric guitar arrangements of multi-tracked repertoire including US Pulitzer prize winning composers Julia Wolfe’s powerful elegy LAD, (originally written for 9 bagpipes) and David Lang’s Killer. 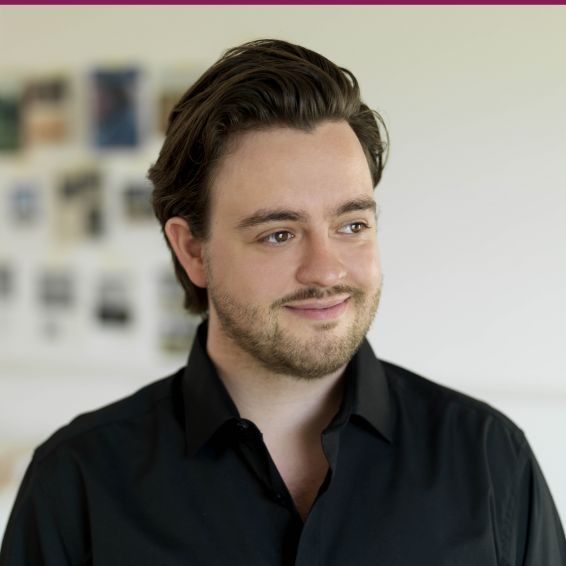 Highlights of the 2018/19 season included performances as Tamino Die Zauberflöte with Welsh National Opera and as Don Basilio in Mozart’s Le Nozze di Figaro with The Grange Festival, in addition to a new production of Britten’s The Burning Fiery Furnace with Scottish Opera. Equally active on the concert platform, Johnson recently performed Händel’s Messiah with La Nuova Musica, and Bach’s St John Passion with the Oxford Bach Soloists.

Current releases include Szymanowski's Love Songs of Hafiz and Symphony No.3 with Edward Gardner and the BBC Symphony Orchestra for Chandos, a recording of sonnet settings with Graham Johnson for Champs Hill and a collection of Victorian English songs with James Baillieu for Rosenblatt Recitals, recently released by Opus Arte.

Recent operatic highlights include Eisenstein in Die Fledermaus and Don Ottavio Don Giovanni, both for Opera Holland Park, a celebrated run as Alfredo La traviata in a new production, and subsequent revival, by Peter Konwitschny, Tamino in a new production of The Magic Flute by Simon McBurney, and Nemorino The Elixir of Love, all for ENO; Don Ottavio for Glyndebourne Festival Opera, ENO and Opéra National de Bordeaux, Lysander in Britten a A Midsummer Night's Dream for Bergen National Opera, Oronte Alcina in a concert tour with The English Concert, Bénédict Béatrice et Bénédict for Chelsea Opera Group,Novice in Michael Grandage's production of Billy Budd at Glyndebourne, Copland's The Tender Land at Opéra de Lyon and productions for Scottish Opera and the Classical Opera Company.

Upcoming engagements include a Monteverdi Gala Concert at the Wigmore Hall, a recital at the Musée D’Orsay and performances of Beethoven’s Choral Fantasia with the Salzburg Camerata at de Doelen in The Netherlands. He returns to Grange Festival as Flute in A Midsummer Night’s Dream and then embarks on a tour of South East Asia as Camille in Lehár’s The Merry Widow.

In addition to a busy performing schedule, Johnson will also be recording a selection of Sullivan Songs with Sarah Connolly for Chandos Records