BBC New Generation Artists for 2014-16, this young quartet from Berlin have chosen Hampstead for their London debut. 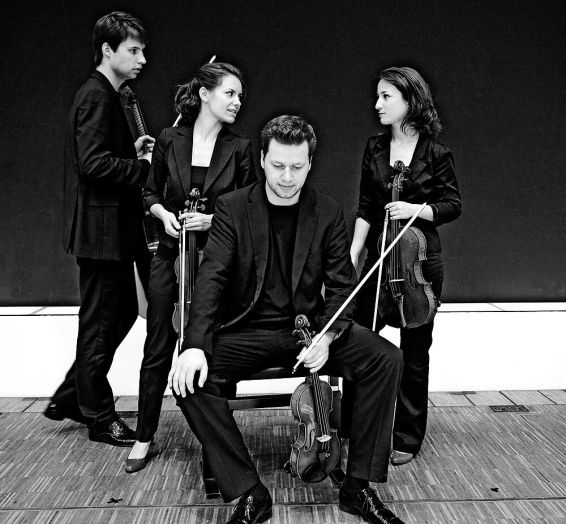 Since its spectacular success at the ARD International Competition in 2012, at which the Armida Quartet received first prize, the audience prize and six other special awards, the career of the young Berlin string quartet has developed sensationally.

The ensemble has since performed in many European countries, including appearances in Hamburg, Berlin, Munich, Frankfurt, Essen, Basel, Bern and Vienna.

In September 2014 the quartet was invited to join the BBC’s distinguished New Generation Artists series, which offers the ensemble the opportunity to appear in various concerts and broadcasts for two years.

Founded in Berlin in 2006, the quartet took its name from an opera by Haydn, the “father of the string quartet”. The ensemble studied with members of the Artemis Quartet, also drawing musical inspiration from Natalia Prischepenko, Alfred Brendel, Tabea Zimmermann, Eberhard Feltz and Walter Levin.
The quartet has participated in master classes with the Alban Berg, Guarneri and Arditti Quartets and currently works with Rainer Schmidt (Hagen Quartet) and Reinhard Goebel.

The Armida Quartet won first prize at the Geneva Competition in 2011 and received several scholarships, including those of the Irene Steels-Wilsing Foundation and the Schierse Foundation in Berlin. The young ensemble’s debut CD, featuring works by Béla Bartók, György Ligeti and György Kurtág, was released in 2013 and selected by the German Record Critics’ Award for its critics’ choice list. The Quartet is winner of the "NORDMETALL-Ensemblepreis 2014" of the Festspiele Mecklenburg-Vorpommern.

During the current season the quartet appears for the first time in Norway, China, Taiwan and Singapore, also presenting concerts in Stuttgart, Munich, Hamburg, Bonn, Antwerp and Geneva.

Frequent collaboration with other artists is a priority for the Armida Quartet – the ensemble has worked with Anna Prohaska, Thomas Hampson, Ewa Kupiec, Max Hornung and Tabea Zimmermann.

The four young musicians of the Armida Quartet have taught chamber music at the Berlin University of the Arts since October 2012.