This event is generously supported by TK International 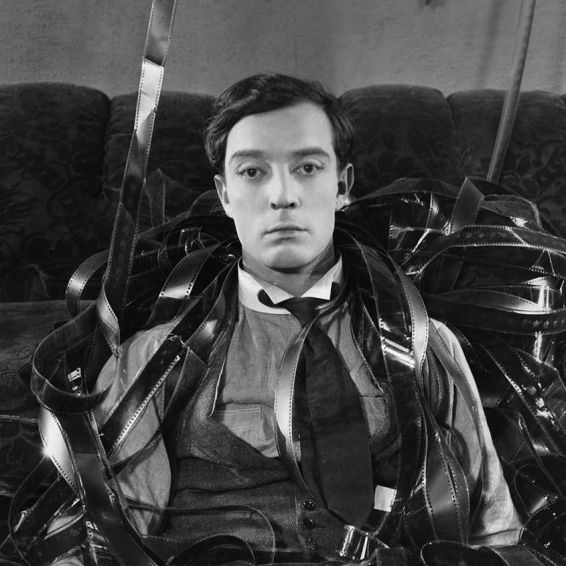 Pioneering film comedian, writer and director Buster Keaton was born in Kansas in 1895 to parents who were vaudeville performers. His slapstick skills developed when, as a young child, he joined his parents on stage. He began making silent films in his early twenties and quickly gained recognition as a major creative talent. Sherlock Jr, widely considered one silent cinema's funniest films, was made in 1924, three years before another of his masterpieces, The General.

The following years saw swings in Keaton’s professional and personal fortunes. While he never again reached the creative success of his best silent films, his later years saw increasing recognition for his earlier achievements as well as acting parts in several notable films, such as Billy Wilder’s Sunset Boulevard, Charlie Chaplin’s Limelight, and Richard Lester’s A Funny Thing Happened on the Way to the Forum. 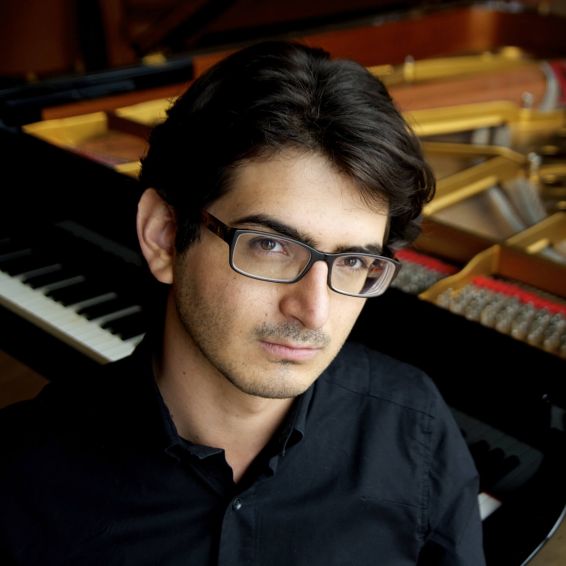 Matan Porat is one of the most original voices to have emerged in recent years, with artistic activity encompassing a wide spectrum of work as a pianist and composer.

Porat’s varied concert program ranges from the complete Bach Partitas and Schubert Sonatas to Ives’ Concord Sonata and the Ligeti Concerto. His debut CD, “Variations on a theme by Scarlatti” – a 65-minute program of pieces from Couperin to Boulez which relate to Scarlatti’s Sonata K. 32 – was recorded last year for the Mirare label and was hailed as “a fantastic album that one should hear over and over again” by the Frankfurter Allgemeine Zeitung.

Porat has performed at such venues as Carnegie Hall in New York, the Philharmonie in Berlin, Auditorium du Louvre and Salle Gaveau in Paris, the Barbican Centre and Wigmore Hall in London, and the Alte Oper in Frankfurt. He has appeared as a soloist with orchestras including the Chicago Symphony Orchestra, Sinfonia Varsovia, Münchener Kammerorchester, Hong Kong Sinfonietta and Jerusalem Symphony Orchestra.

An avid chamber musician, Matan Porat has participated in many distinguished festivals including the Marlboro, Lockenhaus, Ravinia, Verbier, Heidelberger Frühling and Rheingau Festival. Other chamber appearances include performances with the Ysaÿe, Modigliani, Pacifica and Jerusalem Quartets, Renaud and Gautier Capuçon, Sharon Kam, Kim Kashkashian, Emmanuel Pahud, Dorothea Röschmann, Alisa Weilerstein and members of the Guarneri Quartet. Porat has toured with Peter Brook’s production of Mozart’s Magic Flute, in an experimental version for piano solo and 7 singers.

Porat’s works have been commissioned and performed by Andreas Scholl, Maria João Pires, Kim Kashkashian, Elena Bashkirova and Nicolas Altstaedt, as well as the Academy of the Deutsches Symphonie-Orchester Berlin with premieres at the Montpellier, Schleswig-Holstein and Menuhin Gstaad Festivals. David Orlowsky’s CD, featuring Porat’s “Lux Aeterna,” won the ECHO Award in 2011; Porat’s piece “Whaam!”, recorded by David Greilsammer for Sony, was released in 2012.
Among his performed pieces are an opera, “Animal Farm”; a Requiem; a mandolin concerto; and a musical theatre trilogy for an actor and ensemble based on stories by Kafka, Orwell and Thomas Mann.

Highlights of Porat’s 2014/15 season include a solo recital debut at the Wigmore Hall, appearances at the Heidelberg Frühlinger Festival and La Folle Journée in France and Japan, as well as a tour with the SWR Sinfonieorchester under François-Xavier Roth in Vienna, Baden-Baden and Frankfurt.