Works by Benjamin Britten, Max Bruch, Eugène Ysaÿe and two new commissions by British Composer Award winner Joseph Phibbs.
The first Phibbs work is a violin suite inspired by the solo works of Bach and Ysaÿe and written for Tamsin Waley-Cohen.
The second, Letters from Warsaw for viola and piano, was commissioned by violist Krzysztof Chorzelski after he discovered, 10 years after his mother's death, the amazing story of her survival in Nazi-occupied Warsaw.

This concert is generously supported by TK International 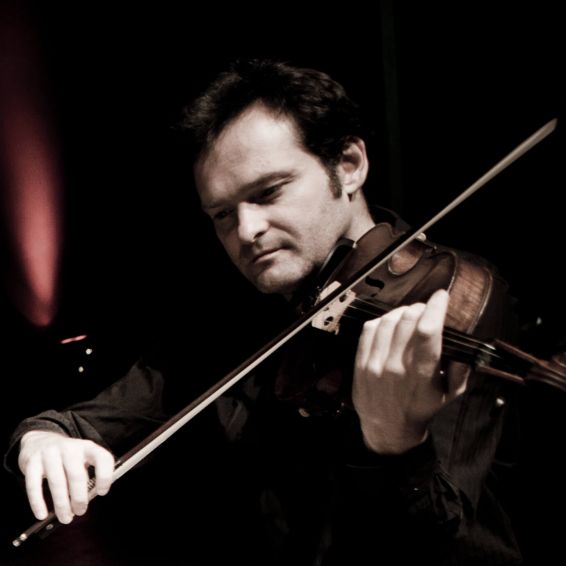 Born in Warsaw in 1971 Krzysztof enjoys a diverse career as a performing musician that takes him all over the world. Since 1996 he has been the violist in the Belcea Quartet with whom he performs regularly in the world’s most prestigious halls, such as the Wigmore Hall in London, Konzerthaus in Vienna, Concertgebouw in Amsterdam and Lincoln Center and Carnegie Hall in New York.

He appears as guest violist with ensembles such as the Alban Berg, Pavel Haas Quartet, Ysaye and Jerusalem Quartets, Razumovsky Ensemble and Jerusalem Piano Trio. His viola and piano recital disc with Katya Apekisheva on Champs Hill Records was launched in February 2012 with a concert at Wigmore Hall.

Krzysztof is a viola and chamber music professor at London’s Guildhall School of Music and Drama. In the summer of 2011 he taught at a course in Israel organised by the Jerusalem Music Centre and in 2012 he joined the faculty of the Astona International Summer Academy in Switzerland. He returns regularly to give chamber music classes at Warsaw’s Elsner Music High School – his old school, with which he retains a strong connection.

As a conductor, Krzysztof recorded Ittai Shapira’s Concierto Latino with the composer as violin soloist – released in 2011 by Champs Hill Records.

Described by The Times as a violinist “who held us rapt in daring and undaunted performances” and by The Guardian as a performer of “fearless intensity”, Tamsin Waley-Cohen enjoys an adventurous and varied career. In addition to performances with orchestras including the RPO, LPO and BBC orchestras, and conductors including Andrew Litton and Tamas Vasary, she continues her association with Orchestra of the Swan, returning as “Artist in Residence” next season. Performances have taken her across the UK, Europe, to the USA and the Antipodes.

In demand as a recitalist, Tamsin enjoys a duo partnership with pianist and composer Huw Watkins, with whom she has released three CD recordings. Their most recent recital disc, ‘1917’, received outstanding reviews from the likes of The Strad, The Guardian, Classic FM, BBC Music Magazine and Gramophone and was in the Top 20 of the Official Classical Charts. BBC Radio 3 described their playing as  Their other albums include music based on ‘Americans in Paris’ in the twentieth century (Champs Hill) and a disc of Mendelssohn concerti with David Curtis and Orchestra of the Swan (Signum Records). Tamsin’s most recent disc is Vaughan Williams’ Lark Ascending and Violin Concerto in D minor, again with Orchestra of the Swan and David Curtis. In Spring 2015 she will release a disc of solo violin music written in 1944 onwards. Tamsin is a “Signum Classics Artist” with Signum Records.

Tamsin’s interest in contemporary music has led her to forge strong relationships with composers. In addition to premiering Huw Watkins’ “Concertino”, and works by Richard Causton, Joseph Phibbs, and Torsten Rasch, in 2015 she will be premiering a new concerto by Dobrinka Tabakova and a Suite for Solo Violin by Joseph Phibbs. Together with her sister, the composer Freya Waley-Cohen, she will be embarking on a residency at Aldeburgh with the architects Finbarr O’Dempsey and Andrew Skulina, for a project exploring the relationship between sound and space.

Her love of chamber music led her to form the Honeymead Ensemble (resident at the Tricycle Theatre in London) as well as the Honeymead Festival on Exmoor. She is also Artistic Director of the Sunday Series at London’s Tricycle Theatre, for which she was named one of Evening Standards 1000 most influential Londoners and she was Artistic Director of Music at the Bargello Chamber Music Festival in Florence, Italy in 2011-2012. She recently joined the acclaimed London Bridge Ensemble, with whom she appears regularly and has recorded the Dvorak piano quartets with Gary Pomeroy for the Champs Hill label.

Tamsin Waley-Cohen was born in London in 1986. She became a Foundation Scholar, studying with Itzhak Rashkovsky, at the Royal College of Music, where she won all available prizes. Tamsin has been a regular participant at the International Musicians’ Seminar at Prussia Cove since she was 16. Her teachers have also included Shmuel Ashkenasi, Andras Keller,  and Ruggiero Ricci, the latter describing her as “the most exceptionally gifted young violinist I have ever encountered.”
Since 2007 she has played the 1721 ex-Fenyves Stradivarius violin. 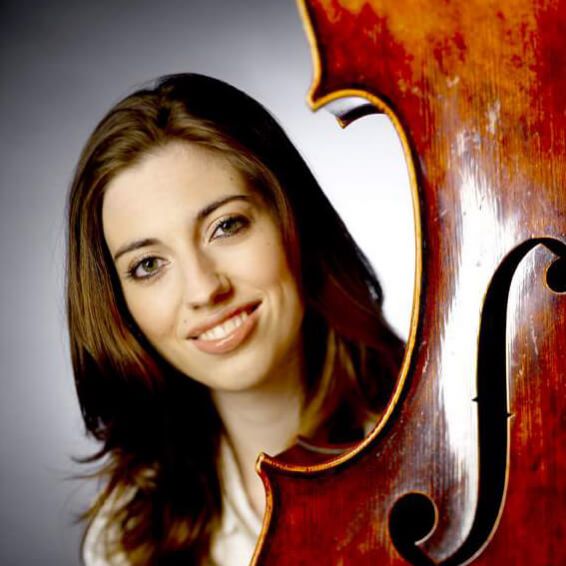 Laurène concertises as both a pianist and a double bassist. She was first soloist in the Orchestre National du Capitole de Toulouse for many years and has been a member of Ensemble 360 since 2006. She has recorded works by Beethoven and Spohr with Ensemble 360, Dvořák's String Quintet Op.77 with the Škampa Quartet and two volumes of concertante works by Bottesini.

When taking on bass parts originally meant for another instrument, no transposing takes place; she plays them exactly as written, including Schumann’s Fantasiestücke for clarinet, his Sonata No 1 for violin, Schubert’s “Arpeggione”, Shostakovich’s cello sonata and Bach’s solo cello suites.

Teaching is a central part of Laurène’s career. In 2003 she founded the Academie de Contrebasse - now one of the biggest in Europe - and the L'Un L'Autre school. From 2009 until 2011 she was a teacher at the National Conservatoire of Toulouse.