"At 19, van der Heijden reveals exceptional maturity... the beauty and clarity of her tone, even and sensitively weighted bow contact, and an unlaboured expressive palette making for an elegant performance."  - The Australian newspaper
on Laura's performance at the inaugural season of BBC Proms Australia in April 2016 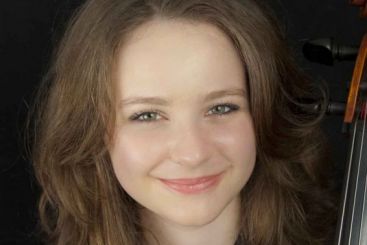 Laura van der Heijden has already made a name for herself as a very special emerging talent. At the age of 15, Laura was awarded the title of BBC Young Musician 2012, performing Walton’s Cello Concerto with Kirill Karabits and the Northern Sinfonia at The Sage, Gateshead. In September 2014 Laura was awarded the Landgraf von Hessen Prize at the Kronberg Academy’s prestigious international masterclasses. In 2015, Laura was named Young Artist in Residence of the London Mozart Players.

Born in England in 1997 as the youngest daughter of a Dutch father and a Swiss mother, Laura’s musical studies started on recorder at the age of four. After learning with Marina Logie on cello, Laura had gained ABRSM grade 8 distinctions on both cello and piano by the age of ten. Laura’s first public performance as a cellist was at the age of nine with the Jupiter Chamber Orchestra. From 2005 to 2014 Laura was a student at the Royal College of Music Junior Department, where she learned piano with Emily Jeffrey and participated in many ensembles. Since 2008 Laura has been a student of the renowned British-Russian cellist Leonid Gorokhov.

During her young life Laura has already had many other prizes and awards bestowed on her. In 2010 she won “First Prize with Distinction” and a special prize in the finale of the Swiss National Youth Music Competition, which led to her performing the Boccherini Cello Concerto in G with the Zurich Chamber Orchestra at Zurich Tonhalle. She was also the 2011 winner of the Marjorie Humby competition at the Royal College of Music, the 2011 Beckenham Musician of the Year and 2012 Woking Young Musician of the Year. More recently she was awarded the Director’s Prize (2012) and the Esther Coleman Prize (2014) for outstanding contributions to the RCM Junior Department.

Last season Laura gave her debut with the Philharmonia Orchestra in Beethoven’s Triple Concerto and with Sinfonia Cymru in Shostakovich’s Cello Concerto. She also gave performances with the Royal Philharmonic Orchestra, the European Union Chamber Orchestra and the London Mozart Players as part of her residency. In between she gave many sold-out recitals, particularly in this country but also abroad, with pianists Tom Poster and Alison Rhind.

After completing her A-levels, Laura is currently spending a gap year dedicated to the cello. She will make her debuts in Germany, New Zealand and Australia, with performances at the Mecklenburg-Vorpommern Festival, the New Zealand Symphony Youth Orchestra and the Melbourne Symphony Orchestra as part of the inaugural BBC Proms Australia, conducted by Sir Andrew Davis.

Furthermore Laura will give concerts with the Royal Philharmonic Orchestra and embark on extensive recital tours in the UK, including new chamber music projects with Peter Limonov and with the trio she formed with Huw Watkins and violinist Tobias Feldmann. Furthermore, Laura was recently chosen by the Orpheum Stiftung in Switzerland, a foundation encouraging and assisting exceptionally talented young instrumental soloists. Under this umbrella she will appear in recital with Fazil Say at Zürich Tonhalle in September 2016.

Laura currently lives in Sussex and from September 2016 will begin her Bachelor’s Degree in Music at St John’s College, Cambridge. Laura plays a 1780 cello by Joseph Hill, loaned to her by the Boileau family and is an Ambassador for both the Prince’s Foundation for Children & the Arts and Brighton Youth Orchestra. 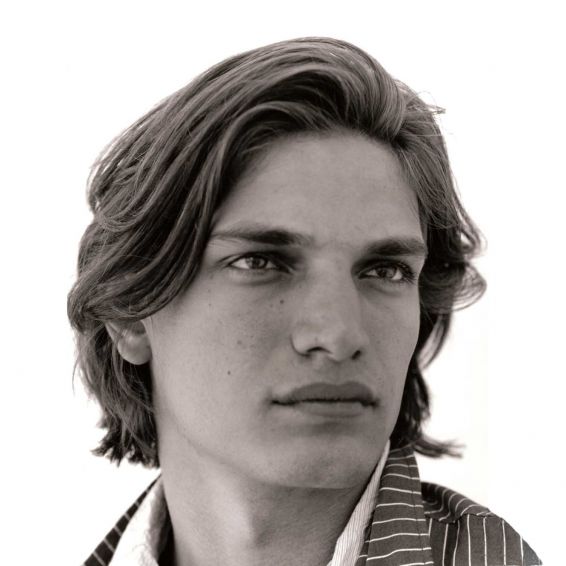 Petr Limonov, born in Moscow in 1984, studied at the Central Music School under the guidance of Siavush Gadjiev, Valery Piasetsky and Andrei Pisarev. After winning the first prize at the Nikolai Rubinstein International Piano Competition (Paris, 1998) he started giving concerts throughout Europe and Russia, supported by the Vladimir Spivakov Foundation. He went on to study with Hamish Milne and Alexander Satz at the Royal Academy of Music and, later, at the Royal College of Music with Dimitry Alexeev, completing his Masters in 2012. He has received invaluable guidance from Alfred Brendel, Stephen Hough, Vitaly Margulis, Stephen Kovacevich, Peter Stark, Boris Petrushansky, Bernard d'Ascoli, Ramzi Yassa and Wolfram Schmitt-Leonardy.

Petr's notable appearances as a soloist and a chamber musician included the Wigmore Hall, La Roque d'Antheron festival (broadcast by radio France Musique), Cadogan Hall, Purcell Room, St Martin-in-the-Fields, the Great Hall of Moscow Conservatory, a recital in Duke's Hall in presence of HRH Prince Charles, broadcasts for BBC Radio 3 and "Culture" TV channel (Russia). In May 2013, he was invited to participate in a recording for Decca Classics in collaboration with violinist Nicola Benedetti. In November 2013 he made his conducting debut at Cadogan Hall, directing works by Glazunov and Rachmaninov. His repertoire stretches from Orlando Gibbons to Arvo Pärt.