Misha was recently named a BBC New Generation Artist for 2017-19. 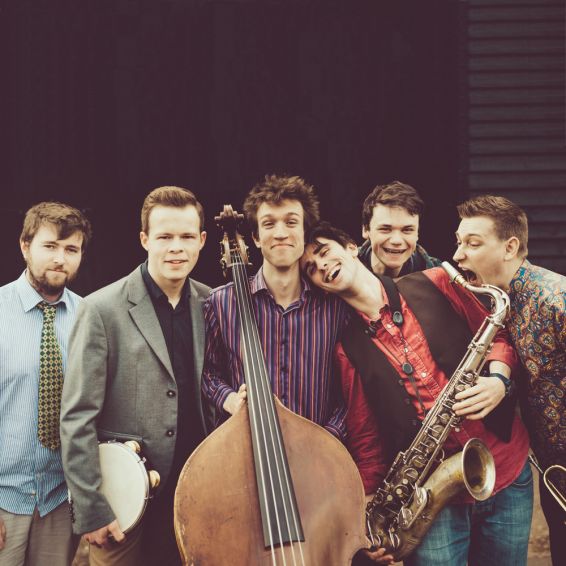 The Misha Mullov-Abbado Group is made up of some of the finest, multi-award-winning musicians in London, and under Misha’s direction the group performs his original compositions and arrangements with a broad variety of influences. The band has performed at King’s Place, the Barbican Centre, the Elgar Room as part of the BBC Proms Lates series and has played at many of UK’s jazz venues. Having been signed to Edition Records the group has released its debut album New Ansonia which has been included in “Best Jazz Albums 2015” of both The Telegraph and BBC Radio 3. The band is currently in the process of recording a second album that will be released with Edition Records in 2017.

The band’s repertoire is influenced by a broad spectrum of music in the classical, jazz and pop genres as well folk traditions from around the world, particularly from South America. The music contains chorale-based and contemporary-classical styles that are influenced by Bach and Brahms right through to Stravinsky and Bartok and beyond, and jazz musicians such as Bill Frisell. Misha’s music is also heavily based on swing, funk and other groove-based styles influenced by Avishai Cohen, Ray Brown, Gareth Lockrane and Jasper Høiby, as well as pop giants Stevie Wonder and Earth, Wind & Fire. 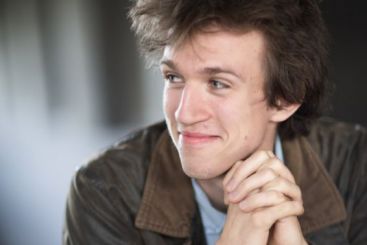 Misha was recently named a BBC New Generation Artist for 2017-19.

Winner of the 2014 Kenny Wheeler Jazz Prize, Misha Mullov-Abbado is an in-demand bass player, composer and arranger based in London. He is a 2014 City of Music Foundation Artist and recently released his debut album New Ansonia consisting of all his own compositions performed by his quintet on Edition Records, which has been included in “Best Jazz Albums of 2015” by The Telegraph and BBC Radio 3 and been extremely well-received in newspapers and magazines across Europe. As an experienced band-leader but also a versatile sideman Misha has performed at many of London’s top venues such as Ronnie Scott’s, the Vortex, 606 Club, Pizza Express and Royal Albert Hall’s Elgar Room (as part of the BBC Proms Late series), as well as venues in the rest of the UK and Europe. Having won the 2014 Dankworth Prize for jazz composition Misha is an experienced composer and writes for various jazz groups as well as classical soloists and ensembles, and is influenced by a variety of jazz, classical and pop music.

After graduating from Gonville & Caius College Cambridge, where he studied music and composition with Robin Holloway and Jeremy Thurlow, Misha received a scholarship to study double bass at the Royal Academy of Music on the prestigious Masters jazz course with Jasper Høiby, Tom Herbert, Michael Janisch and Jeremy Brown. During his final year at the Academy Misha started his group and has been performing with it regularly since, with all concerts being very well received, and winning the Kenny Wheeler Prize in his final term has led him to record his debut album. Misha has now finished recording his second album as a band-leader Cross-Platform Interchange which will be released on Edition Records in May 2017. As well as writing for his band Misha has been commissioned by a variety of musicians and ensembles such as Viktoria Mullova, Thomas Larcher, the LSSO, the Pelleas Ensemble, the Hermes Experiment, and the North Sea Ensemble.

Since leaving the Academy Misha has been performing with a variety of musicians such as Stan Sulzmann, Paul Clarvis and Enzo Zirilli – the latter he plays with regularly in his quartet Zirobop. He co-directs the Patchwork Jazz Orchestra, an exciting new big band in London that plays original compositions written by members of the band, that has recently won the 2015 Peter Whittingham Award. Misha also plays as a sideman in various projects such as Orquestra Mahatma, the Nessi Gomes group, the Tom Green Septet, Ralph Wyld’s Mosaic, the Tom Millar Quartet and the Liam Dunachie Quartet.