One of the most distinctive artists of his generation, Stephen Hough combines a distinguished career as a pianist with those of composer and writer. Named by The Economist as one of Twenty Living Polymaths, Hough was the first classical performer to be awarded a MacArthur Fellowship. 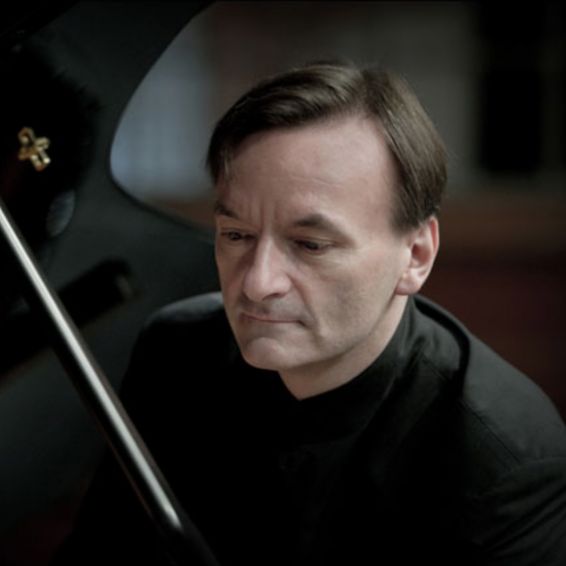 One of the most distinctive artists of his generation, Stephen Hough combines a distinguished career as a pianist with those of composer and writer. Named by The Economist as one of Twenty Living Polymaths, Hough was the first classical performer to be awarded a MacArthur Fellowship and was made a Commander of the Order of the British Empire (CBE) in the New Year’s Honours 2014.

Since taking first prize at the 1983 Naumburg Competition in New York, Hough has performed with many of the world’s major orchestras and has given recitals at the most prestigious concert halls. He is a regular guest at festivals such as Salzburg, La Roque d'Anthéron, Mostly Mozart, Edinburgh, and BBC Proms, where he has made over twenty concerto appearances.

Highlights of Stephen Hough’s 2015/16 season include performances with the Cleveland, Finnish Radio Symphony, London Philharmonic, New Zealand Symphony and Singapore Symphony orchestras, the Hallé, Los Angeles Philharmonic, Taiwan Philharmonic, and the Orchestre Symphonique de Montréal. In recital he will appear in London, New York, Chicago, Tokyo and Beijing, and on tour in Australia with Musica Viva.

Hough’s extensive discography has garnered international awards including the Diapason d’Or de l’Annee, several Grammy nominations, and eight Gramophone Awards including Record of the Year and the Gold Disc. His forthcoming releases include a live recording of Schumann and Dvořák’s piano concertos with Andris Nelsons and the City of Birmingham Symphony Orchestra and a solo disc of Scriabin and Janáček, both for Hyperion Records. His award-winning iPad app The Liszt Sonata was released by Touch Press in 2013.

As a composer Hough has been commissioned by Wigmore Hall, Musée du Louvre, London’s National Gallery, Westminster Abbey, Westminster Cathedral and the Berlin Philharmonic Wind Quintet. He premieres his latest work, Piano Sonata III ‘Trinitas’, at the Barbican in London in October 2015, commissioned by The Tablet magazine. His music is published by Josef Weinberger Ltd.

As a writer Stephen Hough has been published by The Times, The Guardian and The Independent, and wrote a blog for The Telegraph for seven years which became one of the most popular and influential forums for cultural discussion. A Governor of the Royal Ballet companies, Hough is a Visiting Professor at the Royal Academy of Music, the International Chair of Piano Studies at the Royal Northern College of Music and is on the faculty of The Juilliard School in New York.