Without the ‘engine room’ of bass and drums, this ensemble explores texture, sound, melody, harmony and effects while maintaining a strong sense of rhythm and time. Space and silence begin to play a significant role. The interaction between the three musicians combines the intimacy of a chamber group with the thrill and excitement of a larger ensemble.

Using some of Clowes’ existing compositions as a framework, the music is testament to the versatility of Clowes’ writing. Well known and acclaimed for her orchestral arrangements, Clowes now explores smaller scale arrangements with equal confidence, her gifts for melody, form, improvisation and leadership coming further in to the foreground. The band also perform compositions exclusive to this project. 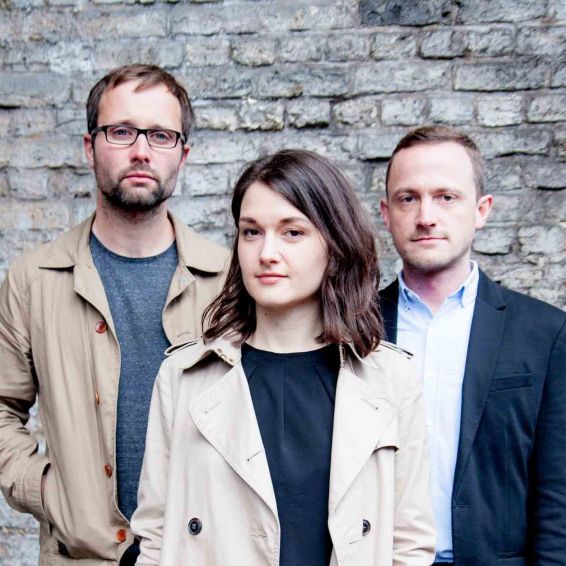 Trish Clowes is a saxophonist and composer based in London. Her third album for Basho Records - ‘Pocket Compass’ - has been described as “melding of the unexpected and inexorable” (BBC Music Magazine), demonstrating “exquisite control of instrumental colour” (The Arts Desk) and “a strong contender for album of the year” (Jazz Views). It features her Tangent Quintet with Gwilym Simcock (piano), Chris Montague (guitar), Calum Gourlay (bass) and James Maddren (drums).  Three tracks also feature the BBC Concert Orchestra. ‘Pocket Compass’ was launched at the EFG London Jazz Festival 2014 alongside the premiere of her first BBC commission “The Fox the Parakeet & The Chestnut”, an event which was the culmination of her two years as a BBC Radio 3 New Generation Artist.

Clowes’ debut album ‘Tangent’ (Basho Records, 2010) received praise for its integrity, luminosity and ambition. Two tracks feature an orchestra conducted by Jules Buckley of The Heritage Orchestra. On her second album, ‘and in the night-time she is there’, Clowes worked with a string quartet lead by Thomas Gould and with guest vocalist Kathleen Willison.

Following the success of her debut album and 2010 tour, Trish was selected by Jamie Cullum, Gilles Peterson and Jez Nelson to perform on the BBC Introducing stage at Cheltenham Jazz Festival 2011. The performance and a short interview with Trish were broadcast on BBC Radio 3. Tangent were featured during the Proms Plus Late series at the Royal Albert Hall and supported Regina Carter at the London Jazz Festival 2011. In 2012 she appeared at the London Jazz Festival playing the music of Barbara Thompson and featured on BBC Radio 3's Jazz on 3 at Ronnie Scott's and for Jazz Line Up at the Royal Festival Hall.

In May 2012, Trish curated her own cross-genre festival “Emulsion” with funding from the PRS for Music Foundation, featuring ECM artist Iain Ballamy. Four new commissions were premiered alongside existing music from Ballamy, Tangent, Rory Simmons’ Fringe Magnetic and contemporary classical group Ensemble Amorpha (MD Luke Styles, Glyndebourne Young Composer in Residence). Emulsion returned for a third time in May 2014, with a two day festival at Village Underground in London, including sets from ECM artists Food, Tangent and Dan Nicholls’ Strobes. Parts of the festival were broadcast by BBC Radio 3 on Here and Now and Jazz On 3. In July 2015, the Emulsion Sinfonietta performed with Food at the Cheltenham Music Festival and plans are in place to develop the Emulsion concept further in 2016.

Clowes’ star continues to be firmly in the ascendant. In November 2013, she performed with Gwilym Simcock and Michael Wollny in a special concert at Pizza Express Jazz Club as part of the EFG London Jazz Festival. In January 2014, she participated in Celtic Connections, with the BBC Scottish Symphony Orchestra, in the live premiere of her composition Sketch, also broadcast on BBC Radio 3. She successfully toured in support of the Pocket Compass album in February 2015 and made her first appearance at Wigmore Hall in May 2015 in an exciting collaboration with Gwilym Simcock and the Heath Quartet.

Other projects include a new trio with organist Ross Stanley and guitarist Chris Montague and Under Your Wing, a song based ensemble featuring Norma Winstone and Mike Walker.  The trio recently featured in a concert and broadcast for Radio Bremen and are due to record and tour in 2016.

One of the most innovative guitarists and musicians to emerge from the UK in recent years, Chris Montague is widely recognised for his skills as a composer and performer. As a founder member of Troyka he has garnered a reputation for his distinctive approach to the guitar and has gained much acclaim for his contributions to many contemporary recordings.

Troyka’s second album ‘Moxxy’ was released on Edition records to glowing reviews in June 2012. This led to the band being named as one of the top ten live acts in London by Timeout magazine, alongside Hot Chip, The XX, Plan B and Micachu. In June 2012 Troyka were also featured on the front cover of Jazzwise magazine. November 2013 saw the release of Troyka’s 3rd album, a live big band album recorded at Cheltenham Jazz Festival and released on Impossible Ark Records.

As a composer Chris has received several commissions to write for different ensembles including the Royal Academy of Music Big Band, the Threads Orchestra and pieces for the 2013 EFG London Jazz Festival. Chris’ music has been the subject of a feature on BBC radio 3 and he is regularly included in many live broadcasts for various projects and radio stations.  He has also recorded and performed with BBC Symphony Orchestra and BBC Scottish Symphony Orchestra.

Chris was selected to be involved with the Take 5 artist development scheme in 2013 and was made an associate member of the Royal Academy of Music (ARAM) in 2013, an award that recognises former students for their contribution to the music environment in which they have been active since graduating. 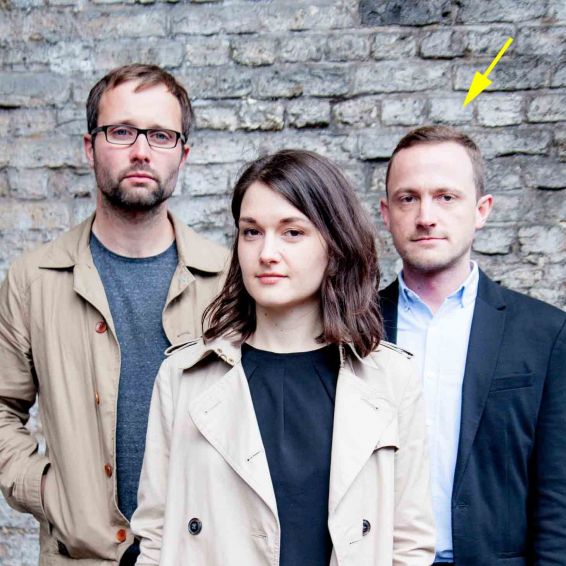 Ross Stanley was born in 1982 in Frimley, England, and began piano at age 4. He was awarded an organ scholarship to Marlborough College. After Marlborough, he completed a BMUS in classical and jazz piano at Guildhall in 2004. Since leaving, Ross’s musical skills have kept him in high demand, seeing him play with jazz names such as Will Vinson, Dennis Rollins, Guy Barker, Joel Frahm, Liane Carroll, Stan Sulzman, Steve Arguelles, John Paracelli, Bobby Wellins, Clark Tracey, as well as being a regular member of the Jim Mullen Organ Trio, the Mark McKnight Organ Quartet and the Jacqui Dankworth band and performing in many small and large ensembles – Nostalgia 77 Octet, The Heritage Orchestra. Ross has also toured with Steve Howe Trio, Deodato and has recorded for Goldie, US3, Trevor Horn and Simply Red among others. Ross is a Hammond endorsee.