Listen to them play here. 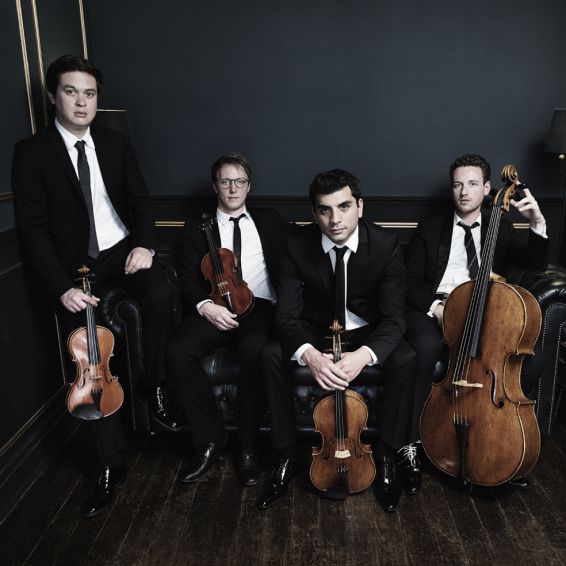 The Van Kuijk Quartet records exclusively for Alpha Classics. Their debut recording, Mozart, was released to outstanding critical acclaim in Autumn 2016 - CHOC de Classica, DIAPASON D'OR DECOUVERTE - and is followed now by a CD of French music: the Quartets of Debussy and Ravel, alongside Chausson’s Chanson Perpétuelle with American mezzo-soprano Kate Lindsey.
The Van Kuijk Quartet is in residence at Proquartet, Paris, where they study with members of the Alban Berg, Artemis and Hagen quartets. Having taken their first steps as students of the Ysaye Quartet, the young musicians have worked with Günter Pichler at the Escuela Superior de Mùsica Reina Sofia in Madrid; supported generously by the International Institute of Chamber Music of Madrid.

The quartet also participates in international academies; at the McGill International String Quartet Academy in Montreal, with Michael Tree of the Guarneri Quartet and André Roy; at the Weikersheim International Chamber Music Course with the Vogler Quartet and Heime Müller, formerly of the Artemis Quartet, as well as the renowned academies in both Verbier and Aix-en-Provence.