Since winning the Gold Medal at the 1982 Tchaikovsky Competition and, one year later, dramatically defecting from the USSR, Viktoria Mullova has become one of the greatest and most musically curious violinists active today. She has explored, among other genres, baroque violin and jazz, and she has toured with Julian Joseph. In this concert, a band of virtuosos will play works by icons of Brazilian popular music, including Antonio Carlos Jobim, Caetano Veloso and Marisa Monte.
With Matthew Barley (cello), Paul Clarvis (percussion) and João Luis Nogueira Pinto (guitar).

A limited number of £10 tickets are available to Students with a valid ID. To purchase these, select "Side pews" when booking. 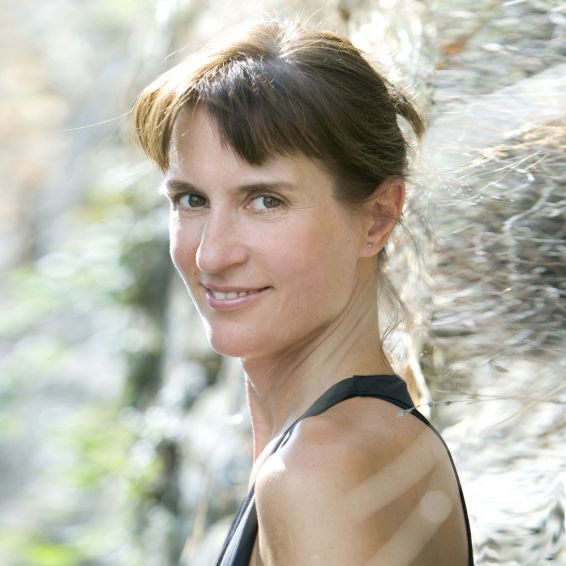 Viktoria Mullova studied at the Central Music School of Moscow and the Moscow Conservatoire. Her extraordinary talent captured international attention when she won first prize at the 1980 Sibelius Competition in Helsinki and the Gold Medal at the Tchaikovsky Competition in 1982 which was followed, in 1983, by her dramatic and much publicized defection to the West. She has since appeared with most of the world’s greatest orchestras and conductors and at the major international festivals. She is now known the world over as a violinist of exceptional versatility and musical integrity. Her curiosity spans the breadth of musical development from baroque and classical right up to the most contemporary influences from the world of fusion and experimental music.

Her interest in the authentic approach has led to collaborations with period instrument bands such as the Orchestra of the Age of Enlightenment, Il Giardino Armonico, Venice Baroque and Orchestre Révolutionaire et Romantique. Viktoria has a great affinity with Bach and his work makes up a large part of her recording catalogue. Her interpretations of Bach have been acclaimed worldwide and led Tim Ashley to write, “To hear Mullova play Bach is, simply, one of the greatest things you can experience…” in the Guardian. Her most recent disc of Bach Concerti with the Accademia Bizantina and Ottavio Dantone has been highly praised and her recording of Bach’s solo sonatas and partitas represents a significant milestone in Viktoria’s personal journey into this music. The recording received 5-star reviews from all over the world and she has embarked on an international several season-long, series of solo Bach recitals.

Her ventures into creative contemporary music started in 2000 with her album “Through the Looking Glass” in which she played world, jazz and pop music arranged for her by Matthew Barley. This exploration continued with her second album ‘The Peasant Girl’ which she has toured around the world with the Matthew Barley ensemble. This project shows a different side to Viktoria as she looks to her peasant roots in the Ukraine and explores the influence of gypsy music on the classical and jazz genres in the 20th Century. Her most recent project, “Stradivarius in Rio” is inspired by her love of Brazilian songs by composers such as Antonio Carlos Jobim, Caetano Veloso and Claudio Nucci. A CD of the same name has been enthusiastically received and she is now presenting the project in planned concerts throughout Europe. As well as her own projects, she has also commissioned works from young composers such as Fraser Trainer, Thomas Larcher and Dai Fujikura.

Highlights of her 16/17 season include a tour with Accademia Bizantina and Ottavio Dantone to the US, Canada and Asia, appearances with Orchestre national de Lyon, Venice Baroque, Il Giardino Armonico at Sommets Musicaux, Gstaad and a tour of Belgium with Le Concert Olympique. Viktoria will also give solo and duo recitals with Katia Labèque throughout Europe.

Mullova’s extensive discography for Philips Classics and Onyx Classics has attracted many prestigious awards. Her recording of the Vivaldi Concertos with Il Giardino Armonico and directed by Giovanni Antonini, won the Diapason D’Or of the Year award for 2005 and her recording featuring Beethoven’s Op 12 No 3 and Kreutzer Sonatas with Kristian Bezuidenhout won immense critical acclaim. Other discs have included the Schubert Octet with the Mullova Ensemble, “Recital” with Katia Labèque, Bach Sonatas with Ottavio Dantone and “6 Solo Sonatas and Partitas” by JS Bach. Mullova’s most recent all-Prokofiev disc (released in August 2015) has already received critical acclaim.

Viktoria either plays on her ‘Jules Falk’ 1723 Stradivarius or a Guadagnini violin. 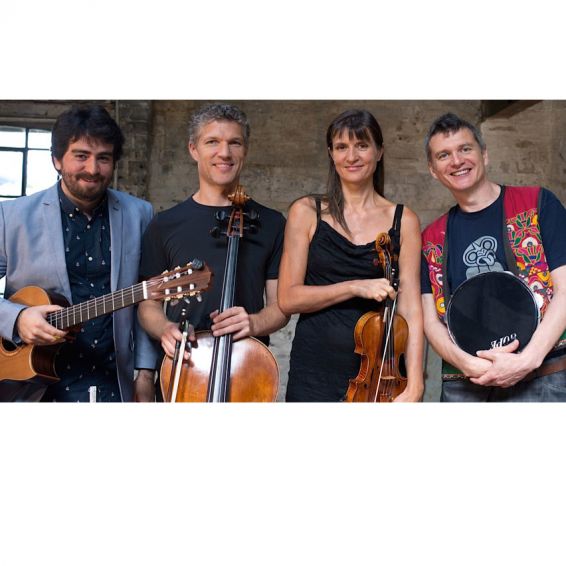 Matthew Barley is internationally known as cellist, improviser, arranger, music animateur, and Artistic Director of Between The Notes, a performance and education group that has appeared at the Sydney Opera House, the Royal Opera House (with the Royal Ballet) and the International Symposium of Contemporary Music in Hong Kong.
In 2013 Matthew undertook an astonishing 100-event UK tour celebrating Benjamin Britten – the itinerary included venues as diverse as a Victorian swimming pool, a lighthouse, a barn and the Wigmore Hall in London, as well as a host of educational projects in schools, a hospice, an old people’s home and a prison. The tour was accompanied by a release on Signum Classics, Around Britten, described by Sinfini as “a defining statement in modern cello playing”.
A major project called The Peasant Girl with his wife, Russian violinist Viktoria Mullova has seen over 40 performances worldwide. The programme features Matthew’s arrangements of gypsy and jazz as well as Bartok and Kodaly and has been recorded for CD and DVD on Onyx Classics.

Paul Clarvis has collaborated with some of the world’s best composers and performers from Birtwistle and John Adams to Stevie Wonder and Mick Jagger. He can be heard on hundreds of film soundtracks, such as Star Wars, Harry Potter, Skyfall and The Great Gatsby.
He was the late Leonard Bernstein’s preferred percussionist in London and featured as a soloist on the last night of the Proms in 1996 in a concerto for saxophone and drum kit by Sir Harrison Birtwistle. In April 1998 he was chairman of the percussion judges for the BBC Young Musician of the Year and together with Sonia Slany he started Villagelife Records.
Paul also helped Rick Smith with the drum arrangement for The London Olympic 2012 opening, writing Dame Evelyn Glennie's part and together with Rick, devised how to train the 1000 drummers who stole the show.

Joao Luís Nogueira Pinto is a Brazilian guitarist based in Essen, Germany. Born in 1981 into a family of musicians in Minas Gerais, he started playing guitar at age 6 and began his professional career at age 14. Musicians he has played with include Tony Lakatos, Júlia Ribas, Fernando Paiva, and Márcio Tubino, Zélia Fonseca and Uli Beckerhoff.
He also teaches music and composes arrangements for groups such as the Duisburg Philharmonic Orchestra.