Marcin Masecki is one of Poland’s most prolific and idiosyncratic musicians. Among his other activities, he was music arranger, composer and consultant for Paweł Pawlikowski‘s film Cold War (Best Director at Cannes Film Festival 2018). In this Hampstead Arts Festival / EFG London Jazz Festvial solo recital, Marcin will improvise on a mix of Polish, American, German and Argentinian tunes from the 20’s and 30’s. 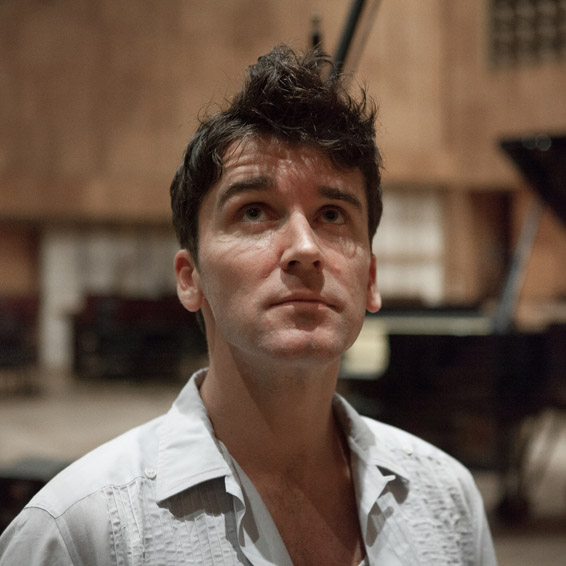 Marcin Masecki is one of Poland’s most prolific and idiosyncratic musicians. Winner of many awards he performs extensively on all keyboard instruments, composes for film and theatre, produces festivals, records and curates musical events. His projects span a wide range of styles and his virtuosic fusion of different genres as well as the blurring of the line between high art and entertainment have become his hallmarks.

Classically trained, Masecki regularly releases albums devoted to European classical music, always shedding a new light on the past and blending it with present musical culture. Among others:

Chopin - Nocturnes (2016) - Chopin’s nocturnal masterpieces performed on a small, untuned upright piano, learned and played without score. Masecki’s characteristic passion for lo-fi redefines the way we listen to classical music. Learning them by ear instead of the usual scores makes them function more like pop and folk music, offering a freedom of interpretation not so strictly linked to academic correctness.

Beethoven - Last Piano Sonatas (2015) - recorded with noise-cancelling headphones in order to interpret them from the perspective of the deaf composer. Since Masecki can’t hear what he is playing the performance has a very distinct, cerebral, and deeply personal feel.

Bach Re:write (2012) - Bach’s keyboard concertos played on the Wurlitzer piano, an electro-acoustic instrument from the 70s, with a baroque orchestra, improvised cadenzas, and a duo performance with Piotr Orzechowski for the double concerto in c-minor.

Masecki is an ardent jazzman. He co-leads a critically acclaimed ensemble which focuses on polish jazz from the 20s and 30s. Jazz Band Młynarski-Masecki is not a retro group though. Masecki’s modern arrangements of old hits makes the music both old and new. “This is how Polish jazz would have developed without the Second World War” - Tomasz Lerski, historian

In the last years Masecki has led orchestras and ensembles of various sizes and profiles, among them the Palais Royale Orchestra, which performed the original version of Gershwin’s Piano Concerto, and his beloved nonet Polonezy, which plays his original polonaises - Poland’s national dance, curiously undeveloped since the romantic era.

Masecki is a regular curator of classical events in Warsaw. Last summer he produced a series of Classical Jam Sessions, merging the jazz idiom of jamming with the classical tradition. The previous year he produced Transkrypcje, a festival of chamber arrangements of Beethoven’s symphonies.

As a composer he is regularly commissioned by contemporary ensembles and institutions. His recent premiere was We are crying, a piece written for the Jazztopad Festival in Wrocław, featuring a women’s choir and a large brass band. He is now preparing his Second Symphony, to be premiered in 2019 by the period instrument orchestra Capella Cracoviensis.

Masecki writes for film and theatre. He was music arranger, composer and consultant in Paweł Pawlikowski‘s Cold War (Best Director at Cannes Film Festival 2018). He composed and performed songs for Agnieszka Holland’s new film Gareth Jones. He wrote for Krzysztof Skonieczny’s HBO series Blinded by the lights and Netflix original series 1983. He was co-author of the soundtrack to Dariusz Gajewski’s Strange Heaven and Michał Marczak’s Fuck For Forrest.